Removing Mould From Your Home

Removing Mould From Your Home

Mould is one substance that can be a major problem for any homeowner. When mould growths are found in the house, you must act quickly if you are to limit the potential health problems and structural damages that the mould will be able to cause.

Permanent staining from mould is one of the more common side effects of this problem. Depending on the surface where the mould is growing, it can be possible for these stains to be permanent. By quickly removing the mould, you will be able to limit the risk of permanent stains forming. Also, you will be able to limit the risk of being exposed to harmful spores that could be released by the mould. To identify these problems fast enough to be able to limit these damages, you will need to be regularly inspecting the areas of the home that will be the most susceptible to the development of mould. Typically, this will be areas that are dark and prone to being humid or having other moisture problems.

Reduce The Moisture In The Area Where The Mould Was Found

Moisture reduction will be a core part of your mould remediation efforts. Failing to address the moisture problems that are allowing the mould to flourish will lead to this issue returning soon after it is cleaned. Luckily, homeowners will have a variety of moisture reduction options available to them. One of the more common methods of reducing moisture in these areas is to place dehumidifiers, as they can pull excess moisture out of the air before it can form condensation. Additionally, the area where the mould was found should be thoroughly inspected for leaks from plumbing or from the outside as this can be another common source of moisture problems.

Use Professional Services For Removing The Mould

Whenever mould is found in your home, the services of professional mould removal technicians may be required. These services can quickly and efficiently eliminate the mould from the home. However, people will often attempt to remove mould on their own, and this can actually lead to it being spread. Without the right tools and technique, a person could easily spread mould spores throughout the home, which can lead to many more mould colonies developing throughout the structure. Fortunately, mould removal services are highly affordable, and they may even be covered under your homeowner's insurance policy. These factors make this the best option for most mould removal needs. 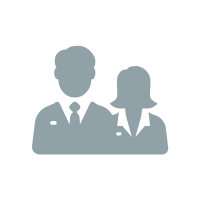 Launching a new business is an adventure, but it's also an exercise in dealing with bureaucracy. The amount of paperwork that new business owners must fill out can be overwhelming, and it can sometimes be difficult to even know where to start. This process can be especially frustrating when you run into unexpected hurdles. While there's no substitute for legal advice, we hope that we can use our experiences as amateur entrepreneurs to help guide you on this journey. Our articles will provide practical tips for first-time business owners seeking friendly, real-world advice for navigating the complex world of red-tape that all new business owners must face.